More Powerful Than Ever

As a lifelong Dragon Ball Z fan who has every episode ever made on his shelf, I’ve come to expect a familiar experience from the franchise. A new, more-powerful bad guy will appear, Goku’s friends will hold s/he off in futility as he trains and travels, and the villain will barely suffer defeat after a dizzying display of punches, kicks, and signature blasts. These conventions require new installments to handle details with precision and novelty in order to stand out as exceptional storylines. Fortunately for the DBZ fan base and anime fans alike, Resurrection F delivers a true-to-form adventure elevated by its effective humor, modern visuals, and calculated pacing that both celebrate and fulfill its longstanding conventions.

Frieza’s been wished back to life with the dragon balls and has sworn revenge on Goku. It’s a simple plot that doesn’t take too long blundering over explanations and quickly begins moving forward. As the villain takes time to prepare for the battle at hand, our beloved heroes assemble while Goku and Vegeta train away from Earth. Exposition is quick and efficient, and narrative seeds sown early on in the film are clearly stated, though never ham-fisted, and set up a straightforward conclusion that avoids dissatisfaction. The script deftly moves scene-to-scene, often elucidating story decisions like the omittance of side characters in a single line: or punchline rather. 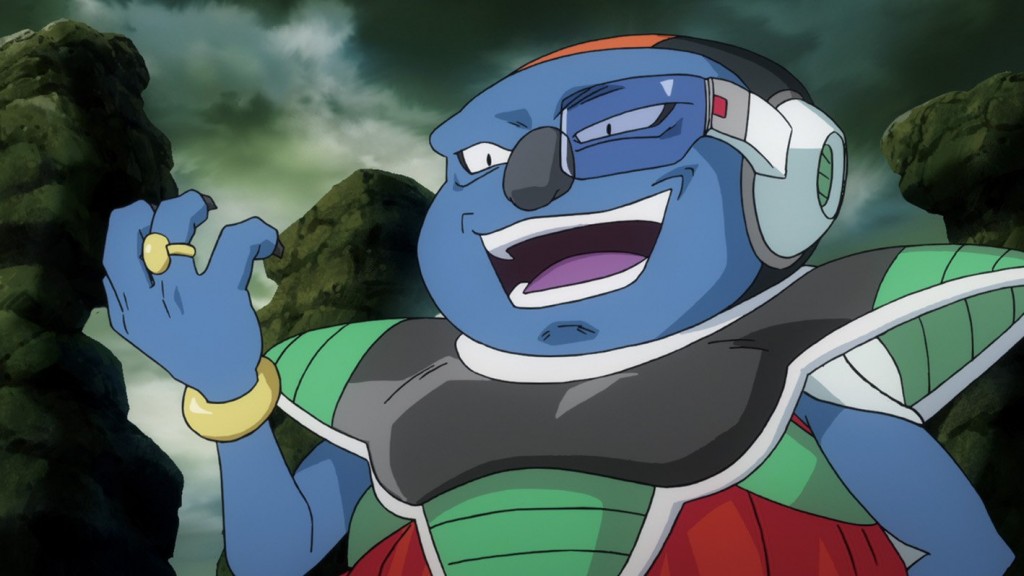 Dragon Ball Z Resurrection F is full of humor. While the series always had pockets of lightheartedness and jest, this movie doubles down on that trait masterfully. The jokes are relentless, and while a few miss their mark, the overwhelming majority kept a smile on my face and had me chuckling even during the finale thanks to some truly clever lines. The comedy helps the conventional plot avoid scrutiny by bordering on a self-awareness that allows the audience to just have fun with the characters. One of which, Jaco the Galactic Patrolman, makes an unforgettable addition to the roster thanks to his flamboyant fighting style and shameless attitude.

It’s immediately apparent that Dragon Ball Z Resurrection F is a modern anime thanks to a visual fidelity not yet achieved by past installments. Small details in the shadows and highlights on the characters elegantly enhance their muscle structures, adding a touch of realism to the character designs. Bright hues and deeply saturated colors demand the attention of the audience’s eye and make the film the most vibrant yet. Although 3D animation has become a staple in modern anime, it still seems slightly out of place in Dragon Ball Z. However, its noticeable inclusion is forgiven because it allows for new fighting scenarios never before seen in the series. Watching hundreds of fighters fill the screen not only brought a new sense of scale, but also created opportunities for novel fight choreography and set pieces that allow established characters to once again dazzle its fan base.

The visual upgrades would be for naught if the final showdown between Goku and Frieza fell flat. The good people behind Dragon Ball Z expertly display their 20+ years of animation experience through the eruption of punches and kicks exchanged in the final bout. Massive vistas serve as a backdrop for supersonic bursts of energy, with massive blows that convey a true sense of gravity that mirrors the escalating stakes. This climactic battle ultimately owes its virtuous execution to its superb pacing, focusing on the one-on-one sparring just long enough to dazzle its audience without exhausting them.  From the anticipated, monumental beam clash to an unforeseen, decisive finishing move, the movie moves with impeccable stride, never holding the action away from viewers too long or dulling it with indulgence. 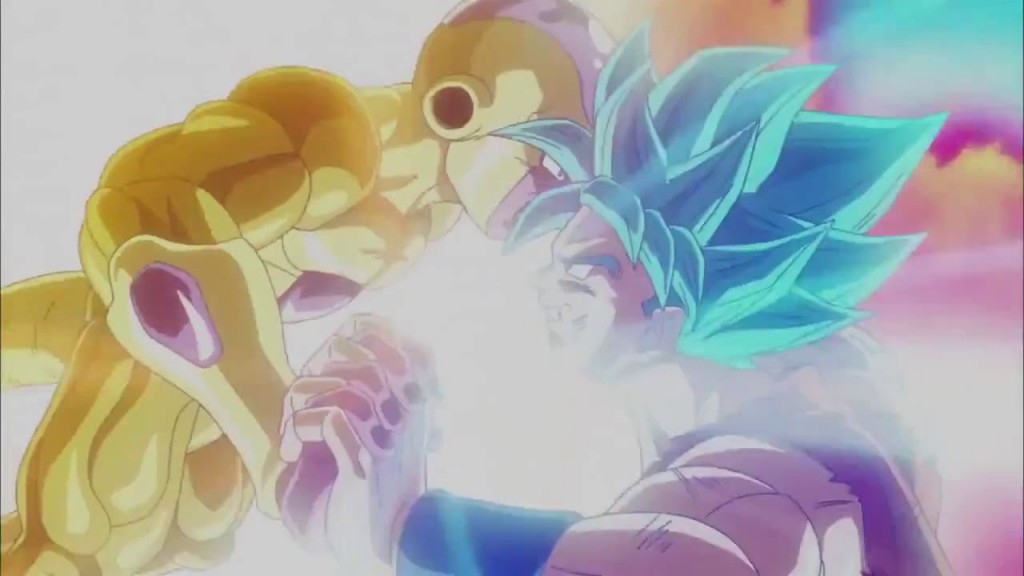 Dragon Ball Z Resurrection F is a welcome entry for the series that skillfully handles the conventions laid before it in its long history. The simple plot serves as a vessel to move the audience through an entertaining romp full of self-aware humor and sensational fight scenes, moving at a tactful pace that never allows boredom or discontent. The updated visuals give familiar characters new flare and facilitate massive set pieces never before seen in battle. Though it would have been nice to see a glimpse of Frieza’s apparent six-month training session, any complaint I have with the film is petty compared to its kamehameha sized successes. Resurrection F is a must see for fans of anime and enduring fans alike.